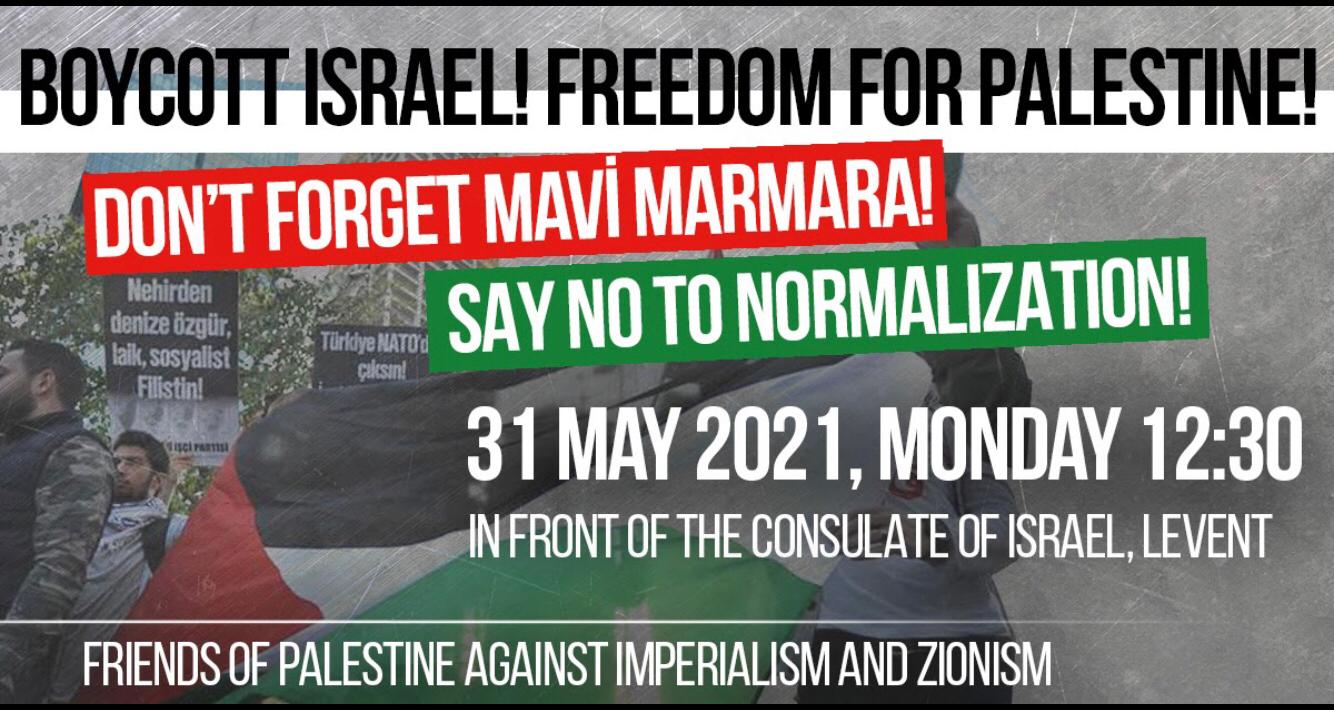 Palestine is still in war!

No liberation is possible,

Without the demise of Israel,

Without the defeat of imperialism!

Zionists had stormed the Mavi Marmara flotilla on May 31st2010, murdering ten of its crew members. That bloodshed has since been a litmus test for those claiming to be anti-imperialist and anti-Zionist.

The despotic regime in Turkey, which has pretended to stand by Palestine, failed the test when it signed a treaty with Israel in December 2016 just for the sake of a handful of natural gas, which would lead to dropping the assault-related charges against the Zionist entity.

The despotic regime, which had taken a “stern” stance against the attacks on the Sheikh Jarrah and Gaza strip, was once more caught red-handed when it was exposed that IsraeliMinister of Energy Steinitz would visit Turkey as the first step of normalization process.

We, as Friends of Palestine against Imperialism and Zionism, invite you to attend our press release to be held in front of the Israeli Consulate to commemorate the eleventh anniversary of the Mavi Marmara massacre and to condemn those who have overtly or covertly collaborated with Israel.