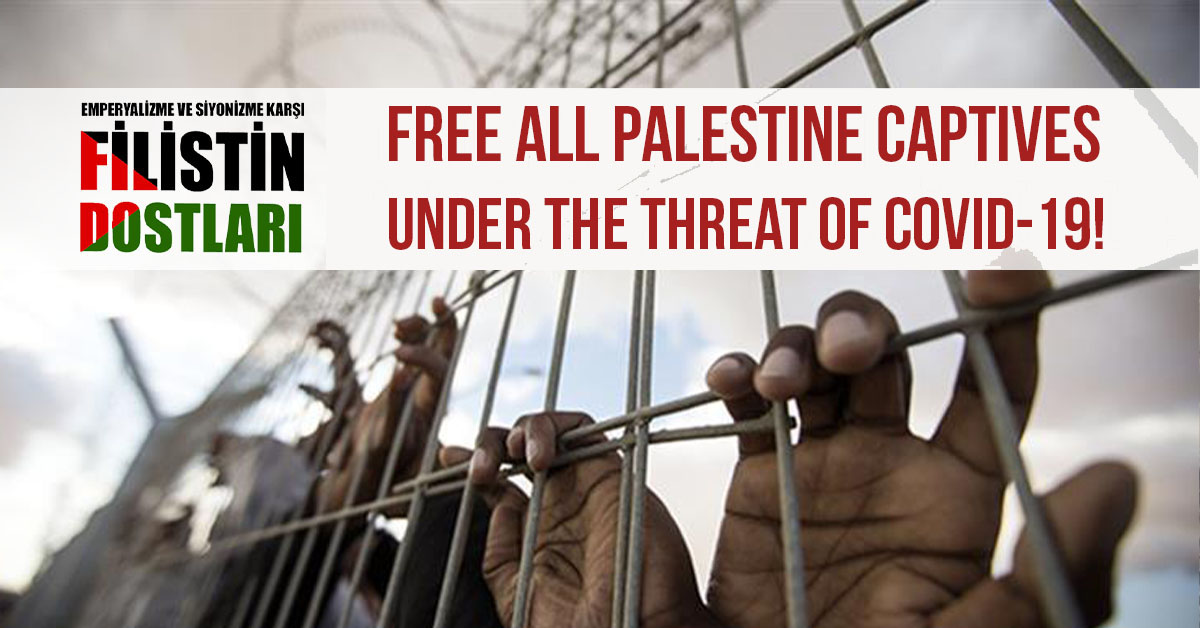 The epidemic of Covid-19 spreads quickly all over Palestine. That viral risk aggravates the plight of thepeople living in the West Bank and Gaza Strip who have barely survived under Zionist occupation. The disease also threatens the lives of Palestinian captives jailed in the Zionists’ prisons. They have already suffered being held in overcrowded and insanitary dormitories. Six or seven or even more Palestinians are crammed into spaces suitable for maximum four persons whilst Jewish prisoners stay in dormitories with decent conditions. The former is deprived also of accessing to health services even if they succumb to cancer. Palestinian captives have protested the inhumane treatments at times by hunger strike. However, Zionists never cared about their requests. It is thus predictable that Zionists will not perform necessary measures to stave off the devastating effects of the epidemic when it begins to infect the prisons where Palestinians are kept.

Palestinian captives demand that their dormitories be sterilized urgently and regularly; that wardens wear protective clothes; that their body temperature be taken regularly (no measurement so far); that they access to health services; and that elderly, female and child captives be released.

While the Zionist entity turns a deaf ear to those demands, it imposes more restrictions on access to cleaning materials, fresh fruits and vegetables, and health services. Furthermore while Zionists decide to keep almost 500 Jewish prisoners under house arrest, no such a precaution is taken for any of 5000 Palestinian captives. That proves one more time the Apartheid-like racist and discriminatory characteristics of the Zionist entity.  Let alone taking protective precautions against the epidemic, Palestinian prisoners are denied even the right to consult with their lawyers. On the other hand, Zionist interrogators and torturers can “visit” them whenever they want.

It is reported that the captives have ceased to receive meals by March 26th and prepared for a hunger strike. Many activist platforms, especially Samidoun, have drawn attention to the grave danger that Palestinian captives face, and called on the world to support their demands. Those honorable sons and daughters of the Palestinian people who have fought for a just cause are held captive by the most-illegitimate political entity in the world.

Their captivity under those conditions becomes even more unbearable for all the exploited and oppressed worldwide. We, as the Friends of Palestine against Imperialism and Zionism, demand that all Palestinian captives held in the illegitimate Israel’s prisons and left unprotected in the face of Covid-19 be released immediately!

Down with Zionist Israeli State!

Free Palestine from the River to the Sea!